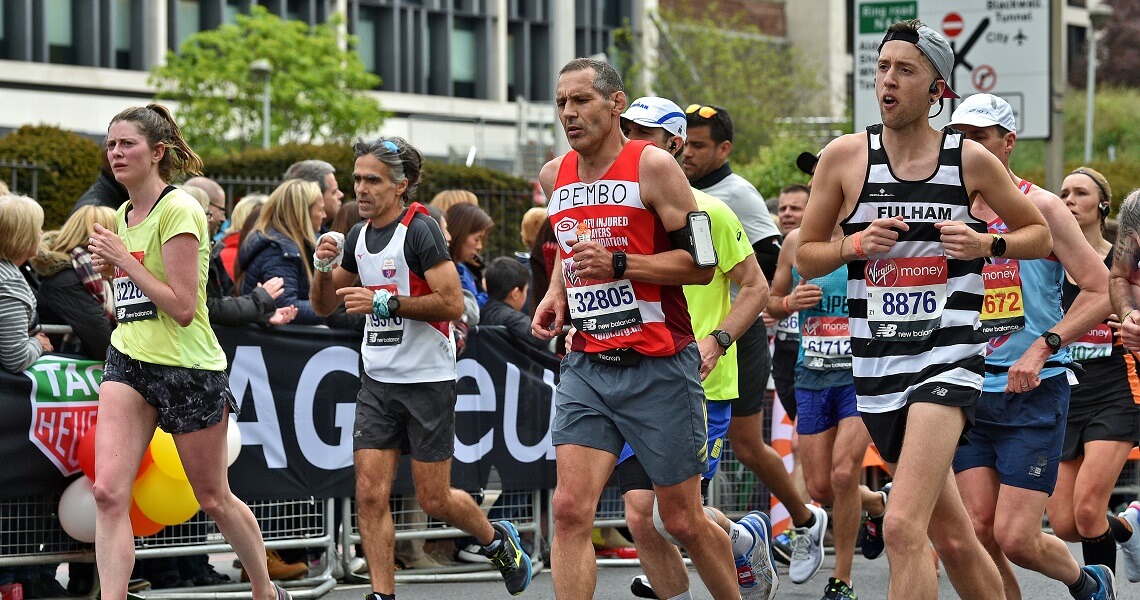 At the London Marathon a total of 25 IPF runners, raised over £65,000 between them to support catastrophically injured players and to fund vital injury prevention research.

They were among more than 42,000 runners who took part in 2019's race, which this year surpassed the mark of raising over £1bn for charity since it was first staged in 1981.

Pembo keeping up the pace for the IPF

The last month of his fantastic achievement was he said “really challenging with two marathons in three weeks (3 hrs 6 mins Manchester, 3 hrs 22 mins London) and a weekend of rugby in between in Portugal covering 75km.”

Fittingly, he said he was going to enjoy a bit of rest but added “I hear registration has opened for next year’s race!”

Head of the IPF, Karen Hood completed the race raising £3,166 for the charity, finishing the race in 4hrs 49mins, and Sally Oakden, whose husband John was injured playing rugby, finished the race to raise £2,719.

Anyone wanting to add to Pembo’s donations can follow this link https://www.justgiving.com/fundraising/pemboipf

To apply for a place on the IPF Team at the 2020 London Marathon or for more information on how you can take part in other running events to support catastrophically injured rugby players visit https://www.rfuipf.org.uk/run