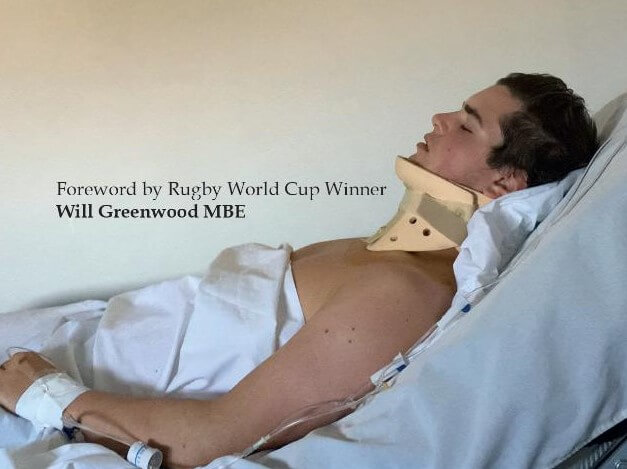 Carl Igolen-Robinson was in South America as a member of staff with Haileybury rugby squad anticipating an enjoyable rugby tour.

His 15-year-old son Luke was a member of the touring team and at Los Tordos rugby club in Argentina  he came off the bench for the first match and then started the second.

Making a try-saving tackle in open play, Luke went down and Carl watched with clipboard in hand, holding his breath, as Luke failed to get up and the club doctor and medical team surrounded his son.

What should have been Luke’s trip of a lifetime became a nightmare scenario.  But this account speaks of the rugby family which kicks in across the world when the going gets tough.  From the Los Tordos club to the Pumas team, they were all there for Luke and his family .

As Luke returned to the game, after surgery and rehabilitation from a burst fracture of his C4, tha connection with rugby friends 11,000km away continues.

Endorsed by Will Carling and with a foreword from Will Greenwood, Carl’s book isn’t just a good read but a great example of why we love rugby. His profits from A Break in Mendosa will go to the RFU Injured Players Foundation who reached out to Carl in the first few days after Luke's injury, and continually demonstrate why our sport is so special.

Available from amazon in paperback or for Kindle.