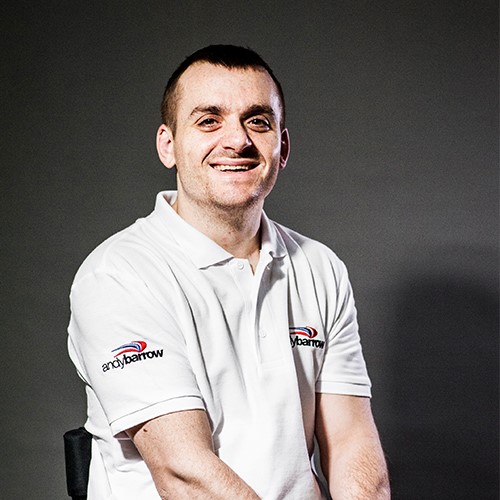 Congratulations to IPF injured player Andy Barrow on being named as DisabilityPower100 Top Influencer by the ShawTrust.

Andy Barrow is a triple Paralympian and three-time European gold medallist in the sport of Wheelchair Rugby.

He captained Great Britain from 2005 to 2010, leading the team out at the Beijing Paralympics. Andy chose to end his career on a high at the London 2012 Paralympic Games, after well over 100 appearances for his country.

Since retiring, Andy has gained experience as a speaker and mentor, and as a member of the Professional Speaking Association and Global Speakers Federation, he has spoken to audiences across the world.

Andy now runs his own company providing bespoke workshops, training and seminars on themes of performance and diversity. He also uses his skills as a professional speaker to teach current UK Sport funded athletes how to create maximum impact during their public appearances.

In 2018, Andy turned his attention to access. His experience as a world traveller sees him working as a consultant with multiple aviation and rail organisations to improve the assisted travel process for customers with impairments.

On the voluntary side Andy is a trustee on the board of directors for Great Britain Wheelchair Rugby and volunteering/care navigation charity, IMAGO, as well as being a Laureus “Sport for Good” ambassador.