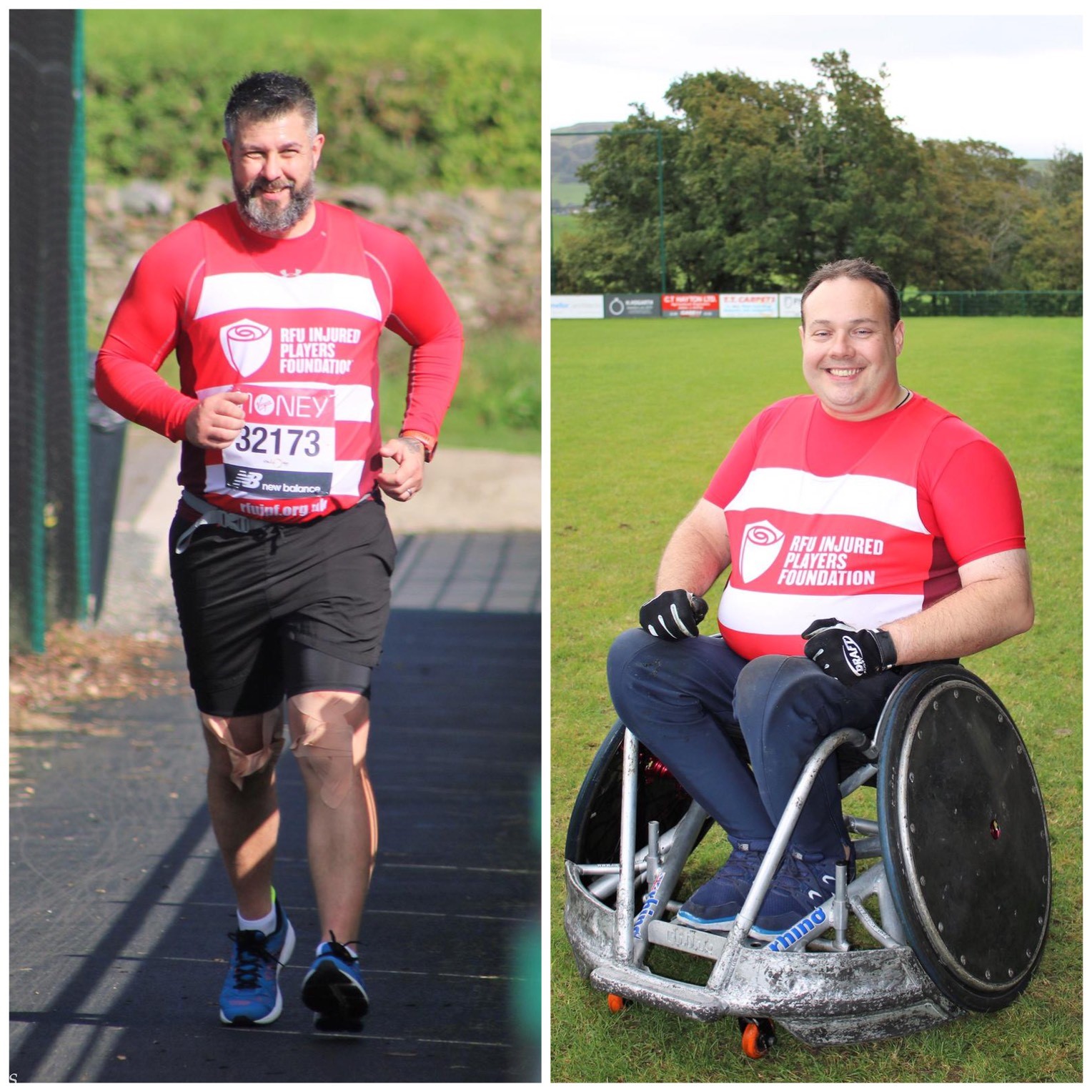 They should have been cheered on by thousands as the London Marathon took place through the streets of the capital.

Instead, four intrepid heroes were waved off by World Rugby chairman, Bill Beaumont, to complete 26.2 miles around Kendal Rugby Club’s first team pitch. Three of them were in wheelchairs and all four were fundraising for the RFU Injured Players Foundation.

Among 45,000 taking part in The 40th Race on a course of their choice across the world, were two IPF clients, the partner of one of them, and the IPF’s Welfare Officer. At a time when charities’ fundraising is badly affected by coronavirus, the fearless four were determined to carry on in their own socially distanced rugby marathon.
All had been in training for the big day and ready to roll were IPF client Dani Watts and her fiancé Pete keen to match her wheelchair effort, and wheelchair rugby Paralympian Ross Morrison. Completing the team was Dave Bentley the IPF Welfare Officer.

Sir Bill wished them all luck and said: “It’s great to see this rugby spirit. Nothing was going to stop the four of them and they are a real inspiration at a challenging time. I hope everyone in the game digs deep to support them and the IPF, which makes sure that players like Danni and Ross can continue to operate to their real potential after serious injuries.”

Kendal players did their best to replicate the big marathon support in a safe way that complied with national and local Covid regulations and Ross said: “Having the chance to be part of The 40th London Marathon and support the RFU IPF is great. Yes, we’re disappointed not to be taking part in London, but having the backdrop of the Lake District at Kendal Rugby Club is fantastic. I’ll be looking to repeatedly lap Dave as he tries to keep up with the wheelchairs!”

Said Dani, whose marriage to Pete was postponed by the pandemic: “Of course, it’s sad not to be doing this in London with the crowds, but we’ll be there next year all being well and, hopefully, married by then. To complete the marathon in Cumbria with Pete and the IPF team is still special. It’s been such a difficult time in lockdown and the support for each other through the IPF has been amazing. It’s great to give something back”

Dave Bentley RFU IPF Welfare Officer said “Completing the marathon distance at my home club, Kendal, with this team was a real privilege. In support of other injured players their effort was a real example of rugby’s values. Being part of the team and sharing a pint at the end is what the rugby family is all about.”

They completed 110 laps of Kendal’s the 1st team pitch equaling 26.2 miles to raise awareness and funds for the RFU IPF. 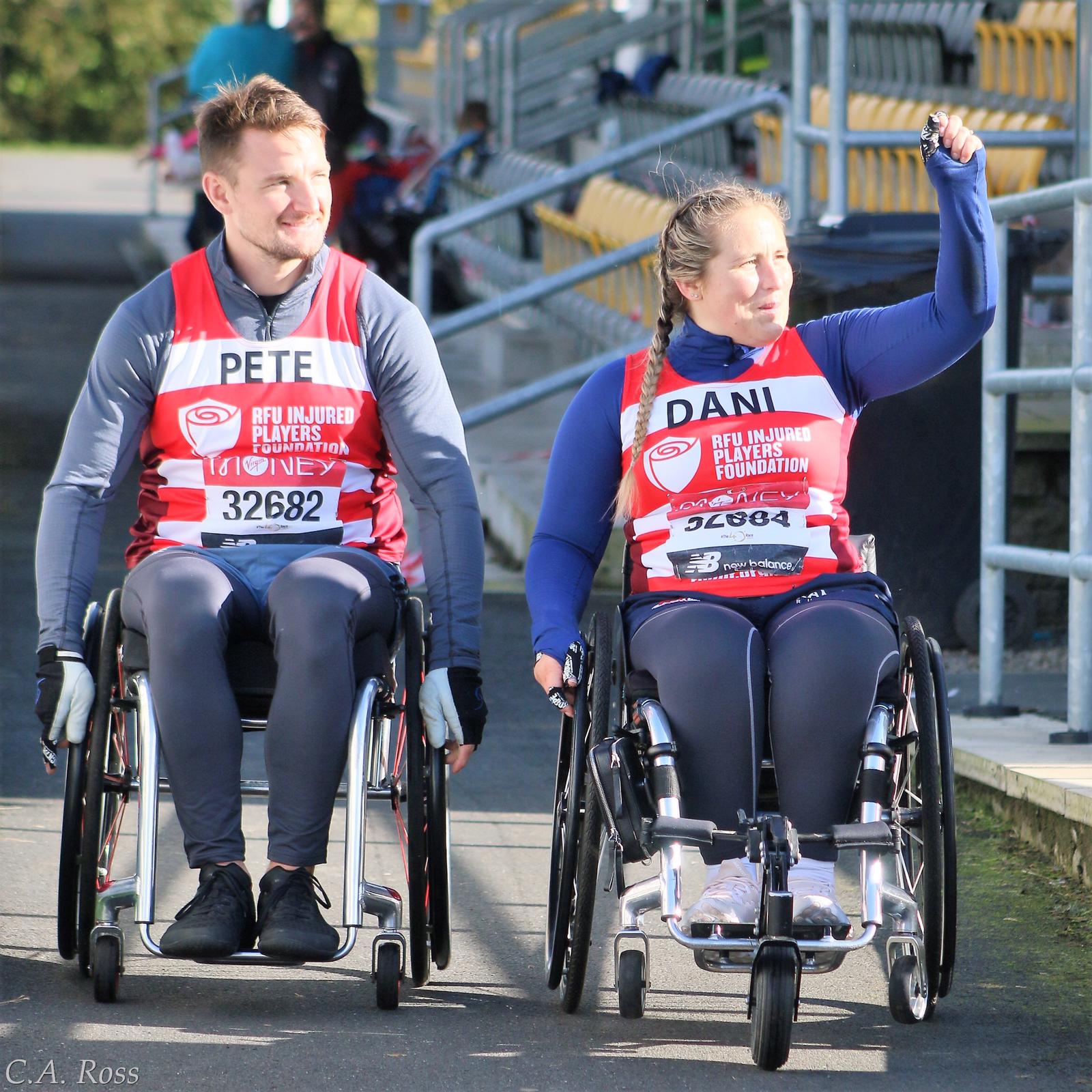