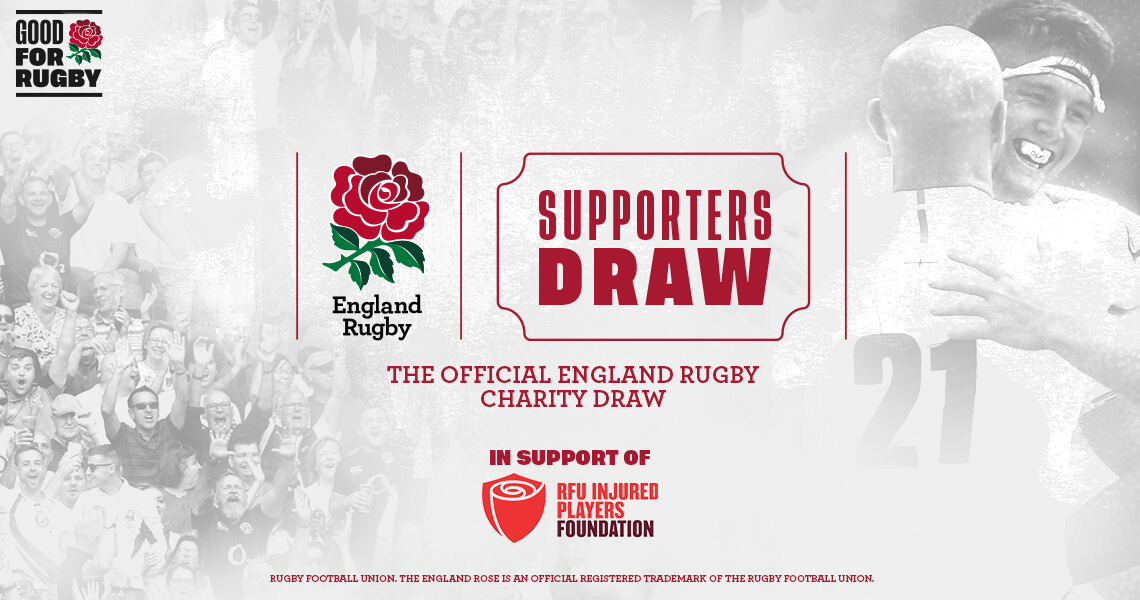 Join the England Rugby Supporters Draw today and you could win a host of amazing prizes each time England plays, including British Airways flights, the chance to watch the team train at Pennyhill Park, signed kit, match tickets and much, much more.

The next draw takes place during England vs Wales, with proceeds going towards our work helping rugby players in England who sustain catastrophic injuries whilst playing.

Winners will be announced at half time. Enter from just £5 here.

Money raised from the supporters draw during the 6Nations will go to England Rugby’s primary charity, the Injured Players Foundation (IPF), directly supporting rugby players like Tom who, while playing or training in England at any level and at any age, suffer a catastrophic spinal cord or traumatic brain injury.

The IPF helps players through recovery, rehabilitation and for the rest of their lives. It also funds research programmes to help prevent and manage these rare but devastating injuries.