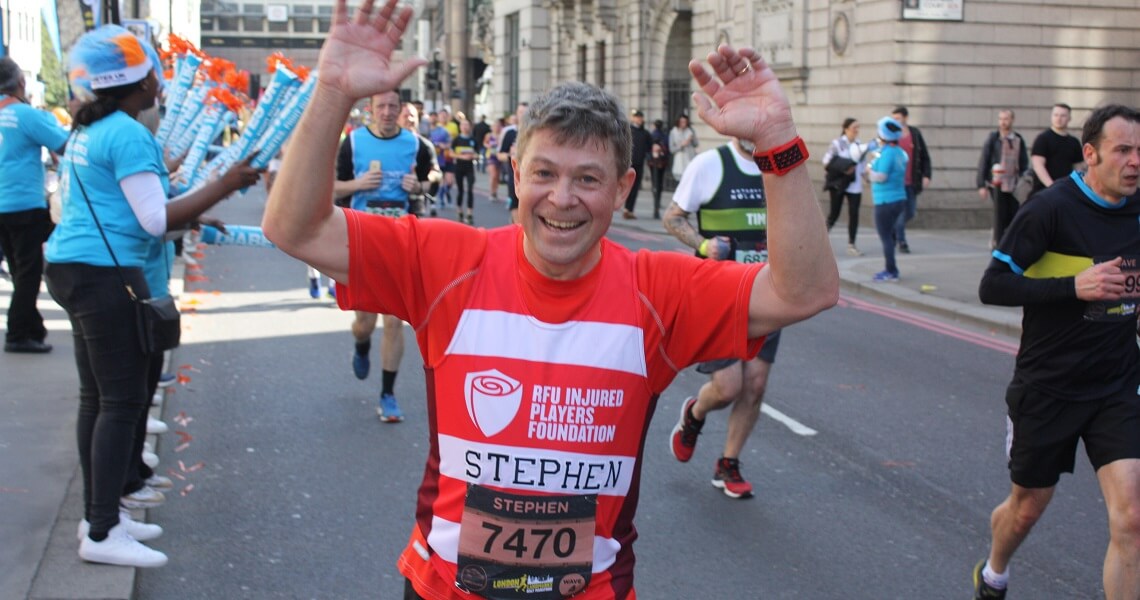 The RFU Injured Players Foundation can be a beacon of hope for those who need it the most.

This is especially true in a landscape of austerity and with challenges to healthcare provision.

2020 sees the IPF going from strength to strength as Stephen Pearson, who joined the RFU official charity as a trustee in August 2013, takes over as chair.

In the 11 years since it was formed, the IPF has delivered £12 million in grants support for catastrophically injured players and fundraised almost £3 million from the rugby community.

The focus on individuals and, in particular, their rugby identity sets the IPF apart from other spinal or brain charities, with great use made of the rugby family culture and support from teammates.

Stephen Pearson, an Oxford blue, Oxford University's RFU Council member and a member of the RFU Board, takes over from Paul Murphy as IPF chair. A director of Jupiter Asset Management Ltd, he previously chaired the RFU’s Player Safety and Welfare Board.

He said: "I am fortunate to be following Paul who was IPF chair from 2016. He joined the IPF in 2008, when it was formed from SPIRE, and provided sterling service on the grants committee, helping to get IPF funds to where most needed and having the biggest impact. We are all most grateful for his unstinting service and for the support of his wife Rita.

“I hope to serve our catastrophically injured players by fostering the already strong links between the RFU and the IPF. At a time of greater financial constraint across the game it is vital that we make the best use of the RFU’s assets to support and promote its primary charity.

“It is also important that we continue to provide funding and expand the IPF’s research programme. Success here in both preventing and managing spinal cord and traumatic brain injury has a direct positive impact on the independence of IPF clients and can lead to a reduction in the number of catastrophic injuries across the game.”

IPF Volunteer Liaison Officer for the North West of England Roger Badman is joining the IPF Board. He played for junior clubs in Cheshire, Nottinghamshire and Lancashire, served on the committee at Fleetwood and captained a side at Crewe and Nantwich. Ewan Murchison also joins the Board. He is the Royal Navy RFU Council representative with experience from his continuing active service in the Marines, understanding of rehabilitation and involvement with the Invictus Games.

The IPF is there for rugby players from every level of the game, amateur and professional, male and female, young and old, with the aim of empowering injured players through access to adaptations, disabled transport, and further education. The charity also funds and commissions vital research with the aim of preventing catastrophic injuries from occurring; protecting every player who plays our game.