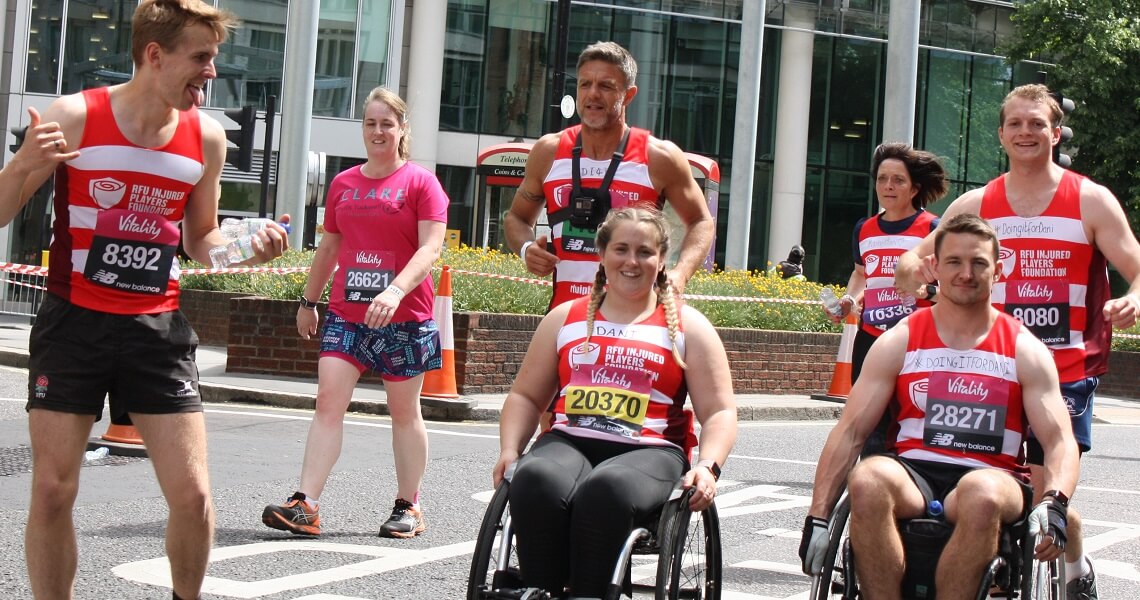 21 volunteers took on the Vitality London 10,000 as part of the IPF Team, including injured player Dani Watts who completed the race in a wheelchair alongside members of her rugby club, family and friends.

On Bank Holiday Monday 27th May, volunteers including members of the RFU National Youth Council, IPF Staff, and a number of generous rugby supporters took on the Vitality London 10,000 on a hot sunny day, as part of the RFU Injured Players Foundation Team raising over £4,000 to support catastrophically injured rugby players. The event welcomed over 19,000 runners to the closed roads of central London, starting in front of Buckingham Palace and taking in some of the capital's famous sites such as St. Paul's Cathedral beside the sunbathed route.

In addition to these amazing volunteers, injured player Dani Watts completed the entire race in her wheelchair with friends, family, club mates, and her partner who also took on the race in a wheelchair. Completing the race was a huge challenge for Dani, having been injured playing in her team's first league match nearly two years ago.

Dani, however, continues to overcome all challenges she encounters and inspires everyone with her achievements, among them learning to scuba dive through the IPF's Engage Programme.

These are just a few of the fundraisers supporting the RFU Injured Players Foundation. If you would like to get involved and start supporting catastrophically injured rugby players, whether that’s ttaking on a run or by organising a quiz night at your local rugby club, please get in touch on This email address is being protected from spambots. You need JavaScript enabled to view it. or visit https://www.rfuipf.org.uk/get-involved