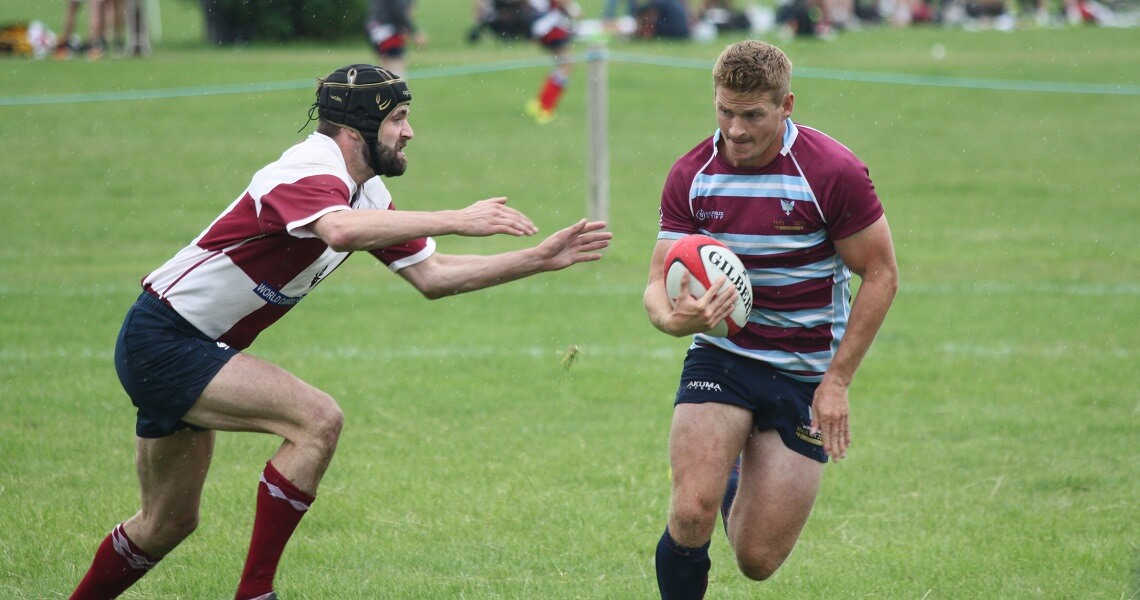 The rugby 7s & netball tournament at Wimbledon RFC in support of the IPF and is now in to its 6th year and needs your help to encourage more teams to enter.

When Jack was injured playing second-row for his club Wimbledon RFC against Haywards Heath in 2014, life changed in an instant. Jack said he knew it was serious when he could not feel any pain as he was airlifted to hospital from the rugby pitch with life-changing injuries.

Jack said: "I'd had plenty of broken bones and torn ligaments which anyone will get in a rugby career, but this was a show-stopper.

"I received the ball from a re-start, I caught the ball, and a maul was formed.

“That went to ground and turned into a ruck.

"I was at the bottom and was awkwardly positioned.

"It collapsed on top of me."

"I was unlucky," he said, adding that the club and the Injured Players Foundation (IPF) have been immensely supportive since the accident.

Since then, Jack’s friends and Wimbledon RFC have organised an annual rugby 7’s tournament that has grown year on year, from what started as a small rugby 7s tournament, the day now includes a netball tournament, BBQ, and live music late in to the night. The tournament draws teams from all over the South of England and is a great day out for all of the family, including non-playing spectators and children.

We spoke with Jack recently about the tournament and what to expect from the 2019 Jack Fishwick Sevens.

How did the idea for the tournament come about?

"My club (Wimbledon RFC) actually came up with the idea independently. I think it was a combination of some of my team mates and other members of the club who wanted to do something to support me immediately after the injury. The gym I run also has a really strong link with the club, all of my team mates train there regularly, including the 1st team, the ladies teams and the minis and I think they all wanted to find a shared way to support me as a club that everyone could get involved with, which is where the idea for the 7s tournament came from. In the first year I think we had about 15 teams taking part, and we get around 20-25 teams taking part now, as well as adding a netball competition to the mix last year, and now also a Womens Sevens tournament too."

What can players and teams expect from the tournament

Anyone who takes part can expect an all-round fun day. There isn’t a huge emphasis on taking the rugby too seriously; everyone is focused on having a good time, and there are lots of cameo appearances in the social rugby teams taking part throughout the day. The day is really a huge celebration of the game and not too much the performance side of things. Everyone at the club is really committed to sharing in a group effort to try to raise money for the IPF.

Nearly everyone knows someone or has a direct link to someone with a life changing sports injury so the day also is everyone coming together for a common cause. When I was injured the club had never experienced an injury as serious as mine before, and it galvanised people to come together, not only to support me, but to form a really solid group ethic at the club which can be seen through everything that happens at the Sevens.

What's the best thing about the day?

It's amazing to just see everyone coming together to celebrate rugby and their love of the game, both in the competetive teams in the tournament and the social ones too. It's also great to see the standard of rugby improve year after year as well. A lot of the teams return every year and you can see them getting better each time. The party after the rugby is also always one of the big talking points, I think because it’s such a social and welcoming tournament the party afterwards is always a great way to end the day.

Why is the Injured Players Foundation in particular so important to you?

The response and support from the charity and individual staff at the IPF, especially in year 1 of my injury, made life so much easier for me and for my family. The support that members of the charity offered to my sisters and my parents at that time was also so important, and the charity continues to be a really helpful and supportive resource for all of us, so we want to do as much as we can to raise money for the IPF through the Sevens.

The tournament is aiming to raise as much money as possible for the RFU Injured Players Foundation and is looking for teams to register to take part to support the event and the charity. If you or anyone at your club would be interested in entering this year’s tournament, either in the rugby 7s or netball competitions please email This email address is being protected from spambots. You need JavaScript enabled to view it. for more information or complete their online registration form here.

The tournament will take place on Saturday 27th July at Wimbledon RFC. Team entry is £150 for Men’s or Women's rugby 7s and netball is £120. All proceeds go to the RFU Injured Players Foundation.