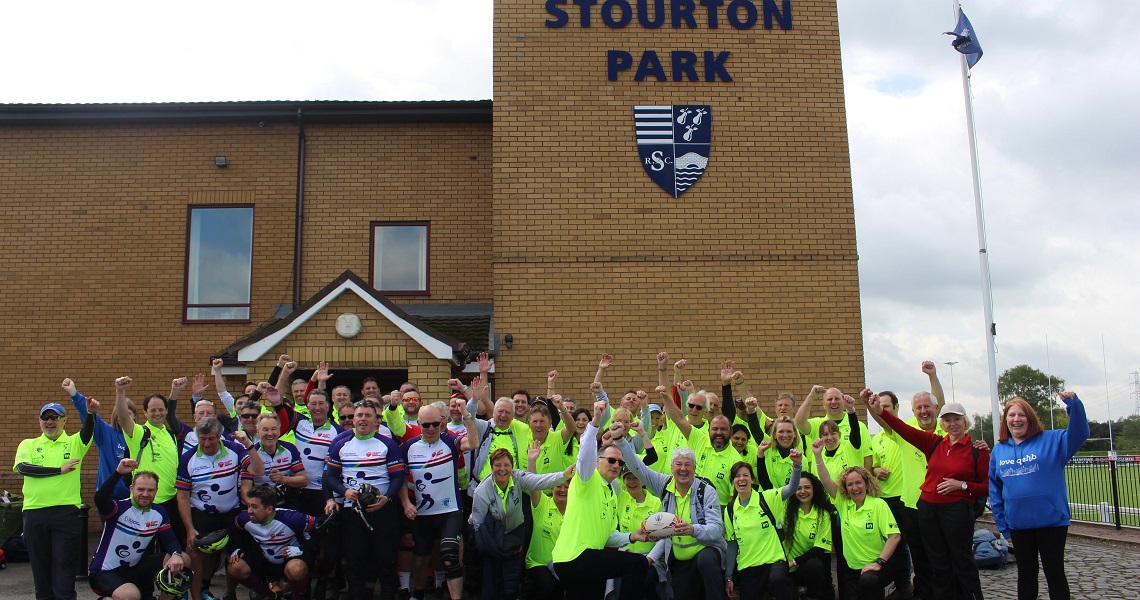 The challenge, named Pass the Ball, set out to raise funds and awareness for both the Injured Players Foundation and the Queen Elizabeth Hospital Birmingham Charity's Prostate Cancer appeal. Pass the Ball was inspired and organised by Peter Bache, who was treated at the Queen Elizabeth Hospital Birmingham for prostate cancer and has since raised funds for QEHB Charity’s Prostate Cancer appeal.

The challenge took its name from the rugby ball that the walkers carried with them on the route, a ball which previously toured the world promoting the upcoming 2019 Rugby World Cup in Japan.

Thanks to hundreds of kind supporters, the team have raised over £100,000 through the Pass the Ball challenge.

On finishing this extraordinary challenge, Peter said: “It feels fantastic to have completed this challenge. It was an amazing ten days of hard work and we had really mixed weather for the last three days of the challenge. But the support that we had throughout from everybody was incredible.

“The amount that we’ve raised, it really is going to make a difference to people’s lives. We have raised enough money where we can truly change and improve lives through what we’ve done.”

Cathryn Worth, Fundraising Manager at QEHB Charity, said: “It has been a privilege to work alongside Peter and the Pass the Ball team on this amazing fundraising challenge. Thanks to all of their hard work, they have raised a staggering amount of money which will make a huge difference to prostate cancer patients at the hospital.

You can continue to support the team by visiting their JustGiving page.