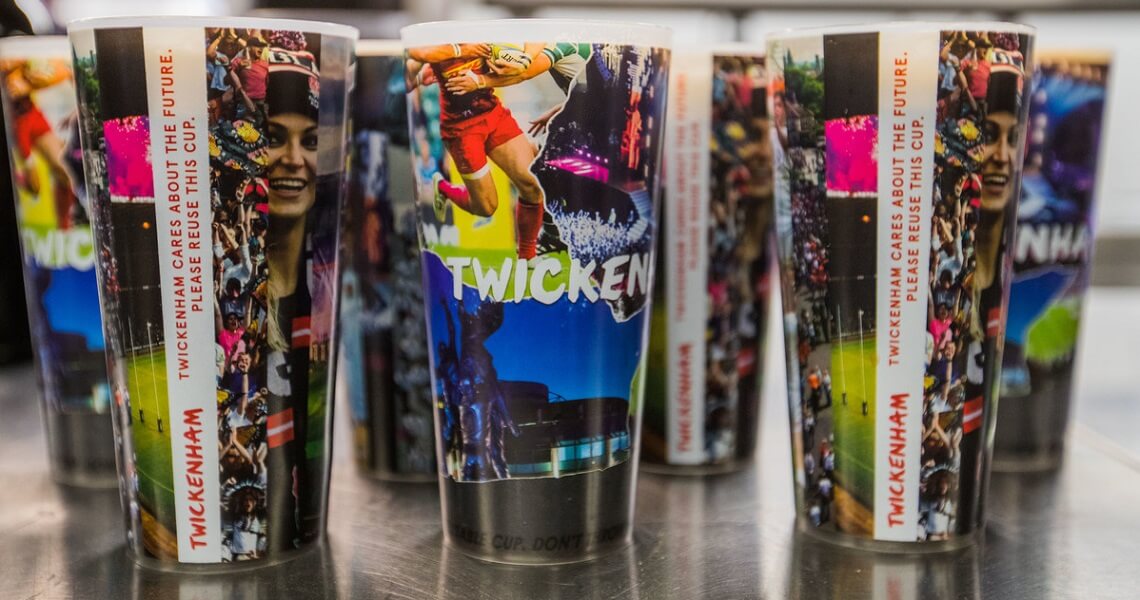 Thank you to everyone who donated their Fan Cups to the charity at Twickenham Stadium across the Quilter Internationals in the autumn and the 2019 Guinness Six Nations, you helped raise an incredible amount to support injured players!

With six charity donation bins located on the ground level of the stadium next to Fan Cup redemption booths, generous rugby supporters have been donating their £1 Fan Cups instead of queuing to receive their £1 refund, with proceeds going to the IPF as one of the beneficiary charities across the Quilter Internationals and the Six Nations.

With more fans becoming aware of the opportunity to donate their Fan Cups at home matches, we have seen donations growing match after match as supporters get behind this initiative, leading to full bins of donated cups like the one below.

On behalf of everyone at the Injured Players Foundation a huge thank you to all rugby fans who donated their Fan Cups at recent matches helping to raise over £6,500 to support catastrophically injured rugby players and to help fund vital injury prevention research. Your support is changing lives and makes a real difference to members of the rugby family when they need help most.

If you are visiting Twickenham in future please look out for the charity bins and donate your Fan Cups to support the IPF and other worthy rugby causes.