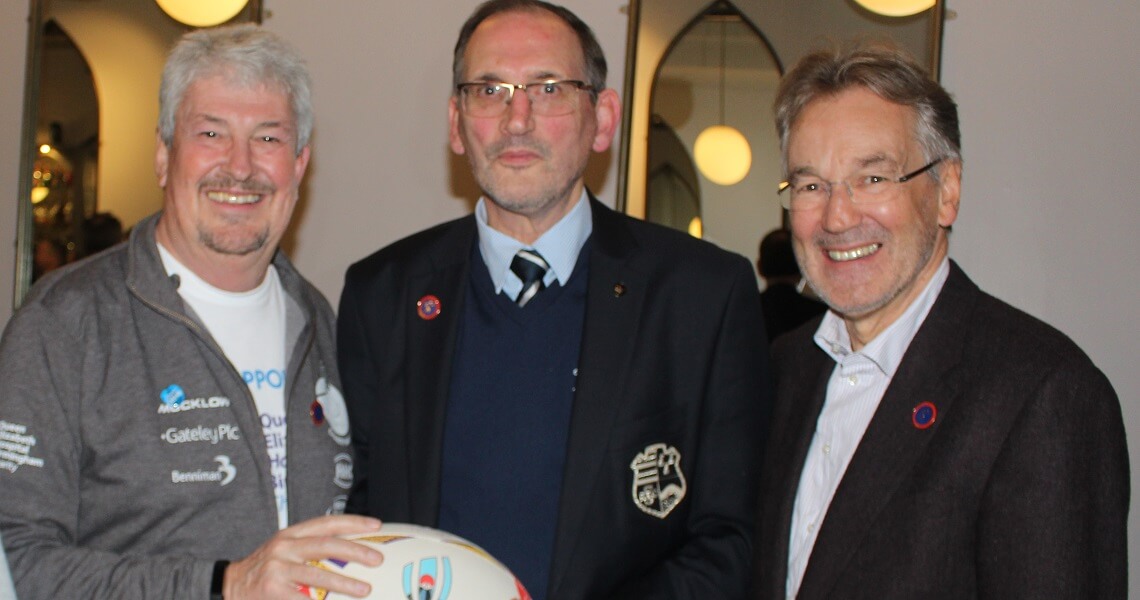 Peter Bache is planning to walk from Twickenham Stadium to Stourbridge Rugby Club to raise vital funds and awareness for the RFU Injured Players Foundation and QE Hospital in Birmingham.

Peter Bache, 62, was diagnosed and treated for advanced prostate cancer at the QE Hospital Birmingham from February 2017 onwards and is now in remission and back to leading an active life.

As a thank you for the support he received from the QEHB, Peter set out to walk around 130 miles from Gloucester to Manor House in the City of London – the Dick Whittington Route – in 2018, raising over £61,000 on behalf of the QE Hospital Charity & Prostate Cancer UK.

As 2019 is a Rugby World Cup year, Peter wanted to support the rugby community as well as the QE Hospital and came up with the idea of another epic walking challenge, this time with rugby at its core. Peter and a number of others will be walking from the Home of England Rugby, Twickenham Stadium, to Stourbridge Rugby Club in the Midlands in May 2019, finishing at the famous Stourbridge Lunch on Friday 10th May. The 150 mile walk is aiming to raise money in support of the QEHB again, but also the RFU Injured Players Foundation (IPF) which provides vital support for catastrophically injured rugby players.

“I’m taking on this challenge to give back, to give back for the fantastic care I received from the QE, and to raise awareness both of prostate cancer, and the IPF’s amazing work with catastrophically injured rugby players. I know the IPF is very close to the hearts of everyone at Stourbridge RFC after one of their players was catastrophically injured many years ago, and we wanted this walk to bring together the rugby family to support these two great causes. ”

Interest in the walk has been so strong that one of Peter’s friends, David Hall, is now also organising a cycling challenge going from Twickenham to Stourbridge over two and a half days, covering 175 miles and calling at a number of rugby clubs which have experienced a catastrophic injury and received support from the IPF. Peter said:

“It was fantastic to hear so many people wanted to get involved in our challenge on their bikes. There was a big cycling enthusiasm from Stourbridge RFC which hopefully we have captured and harnessed through the cycling challenge. Most of the riders are from Worcestershire and Warwickshire and are really eager to take this on and to visit a number of rugby clubs that have a link to the IPF.”

“It’s brilliant to have dedicated volunteers like Peter and David choosing to help the IPF in this way and to raise awareness with the rugby community of the work undertaken by both the Foundation and the QE. Hopefully, the rugby family will come out and show their support for everyone involved in this challenge.”

Peter also echoed the call for support from the rugby community when asked about how rugby players and supporters can get involved and help them raise as much as possible for both charities:

Asked if he would consider doing another walking challenge after this one, Peter replied with a smile:

“This is very much the last one! The one I did earlier this year was supposed to be the last one too! Raising money and awareness for such a great causes is hard work but all worth it when you finish the walk. It’s a real personal achievement and really rewarding to know it makes such a difference.”

To find out more, to register to take part, or to make a donation towards the challenge visit www.passtheball.co.uk