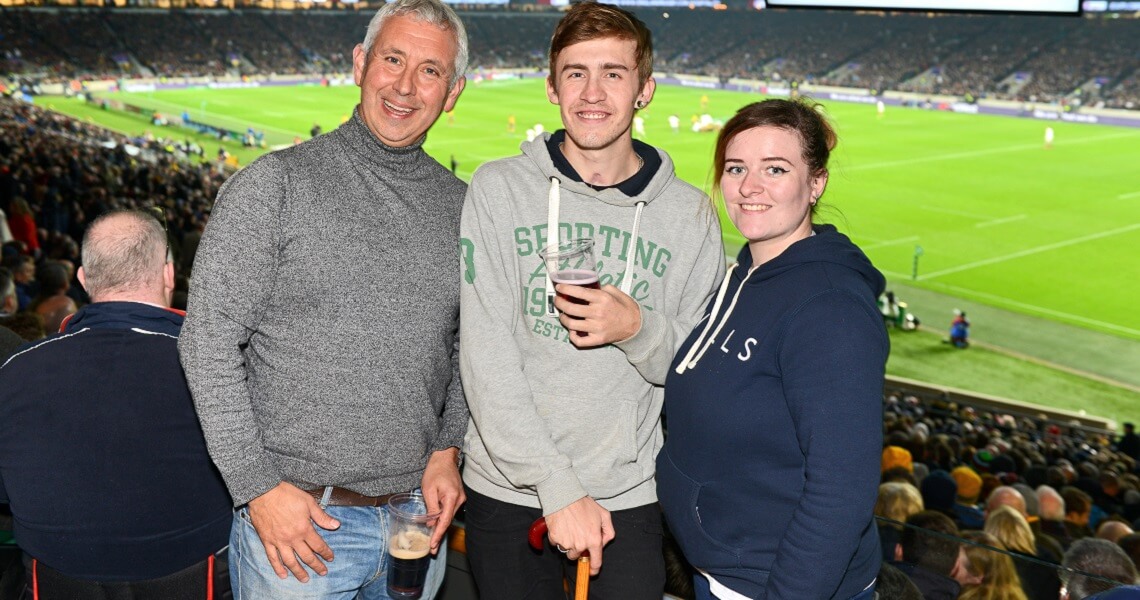 Tyler O’dowd is a real example of every cloud having a silver lining. This is his story.

Having been catastrophically injured playing rugby, a desperate period in Addenbrookes was followed by transfer to Stoke Mandeville, where he met his partner Rachel who was a nurse on the spinal ward.After Tyler was discharged, they stayed in touch and now the couple are awaiting the birth of their first child in May.

There was plenty about Tyler to appeal to Rachel. He has an easy charm and real empathy and on one occasion sat beside the bed of a weeping elderly man holding his hand. Says Tyler: “Managing to make him smile made me feel good.”

Aged 24, when he was injured Tyler was playing for Berkhamsted RUFC, working as a nightclub floor boy and helping his tree surgeon stepdad John in the daytime.

“He stopped breathing twice at Addenbrookes and they didn’t know whether his brain would be affected, “said John, who was left to bring up four stepchildren on his own when he was 28 to avoid them being taken into care. He has been dad to Tyler since he was just nine months old.

“I was working when he was injured and had lots of missed calls. When I arrived at Addenbrookes I was covered in dirt. He had emergency surgery and then a relapse and was taken to intensive care. On one occasion he was virtually dead for seven and a half minutes and they asked me to consent to turn off life support but got a heartbeat back.

“It was a tough, tough time,” says John. “Tyler has always been my shining star. The IPF were brilliant. I can’t begin to tell you how important that was, apart from the doctors there was nobody but the IPF . Then they helped with his aftercare, they kept in touch, talked to Tyler. It really gives injured players hope.”

Tyler was told that he would never walk again and reacted typically. “I said I’m not having that,” he grins. “I have got a chair and I do need it, but I’m walking as much as I can and I’m grateful to be one of the few patients with my level of injury able to walk at all.”

“The IPF have been there the whole way through my recovery and it’s great to go to Twickenham and watch a match with others who’ve been injured.”

Something Tyler is now exploring with the charity is vocational training as neither tree surgery nor security are options any more. His initial assessment went well and he’s eager to take it further.

“I sometimes think I’d like to talk to people, help them if they t have been involved in accidents,” said Tyler. I’ve been lucky and I’ve been lucky to have support from the IPF.”