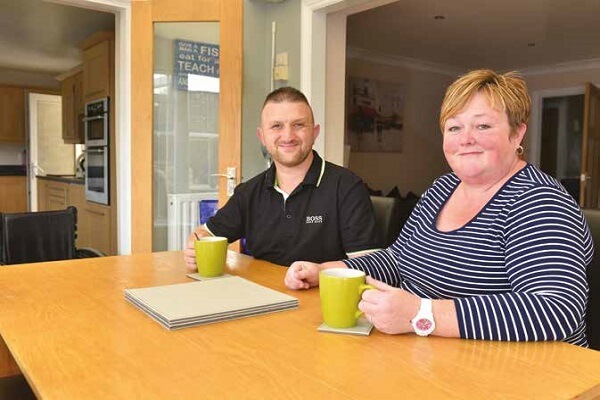 “Life is not the same as it was but a million times better than it could have been."

Jamie Hughes was airlifted from a game playing full back for Watton in March 2010. He had damaged his spinal cord, and after a week in Norfolk & Norwich hospital, he spent three and a half months in Stanmore.

“They told my wife Nicola I would never walk again but the IPF were on the phone to her right after the accident and helped her through it all, helped with travel and the day to day bills.

“We lived in a 250-year-old cottage and coming out of Stanmore I couldn’t get upstairs, couldn’t reach the toilet in my wheelchair. What I was facing for the foreseeable future was sleeping downstairs in a hospital bed with a commode in the living room, far from good for family life with three stepchildren. We spoke to the housing association who said as we had a roof over our heads we weren’t going to get anything as they didn’t have much disabled housing. The local council said we were looking at something like a four year wait.

“You can’t imagine how it felt when the IPF rang and said ‘We are going to give you money to buy a house. I thought we would have to pay them month by month but they said ‘No, buy somewhere near your work and we’ll make sure you get quality of life, we are giving you a house!’

“Now it’s all on one level. I can reach the bedroom, the wet room that the IPF paid to convert, I can get into the garden through patio doors. Frankly, without the IPF I don’t think I’d have survived this but, what with the house and the intensive physio, they have helped me get back to work with Anglian windows, who have been fantastic, and I can walk short distance with crutches.

“Life is not the same as it was but a million times better than it could have been, I never thought I would be living in a bungalow and back working. I do have quality of life and a family life. Now my club fundraises for the IPF because it’s only when you are involved as a club that you understand the amazing difference they make.”