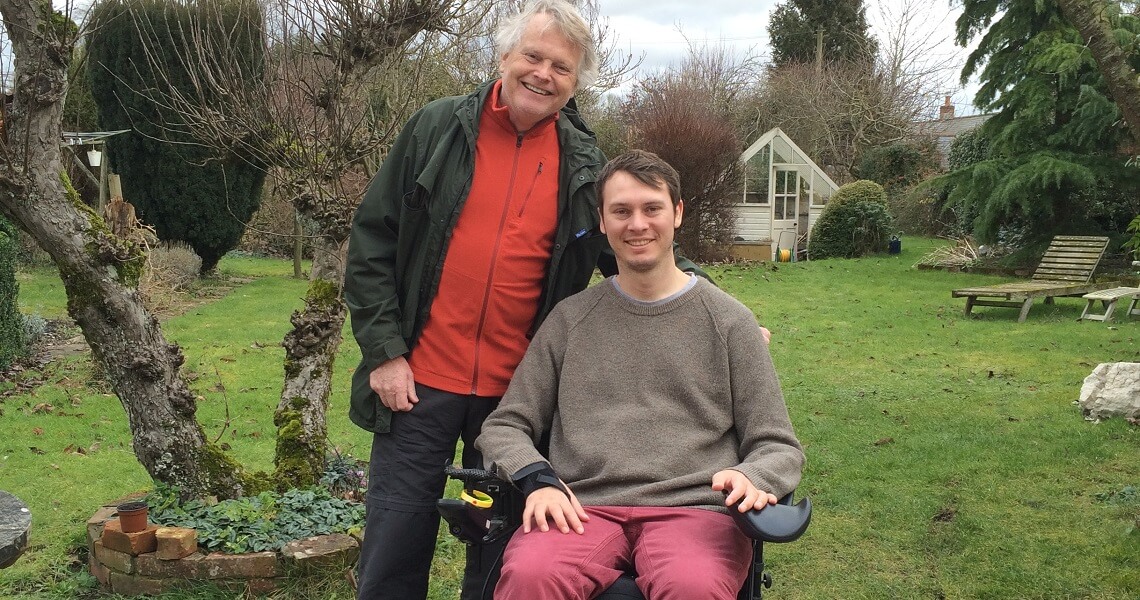 "The most important thing has been the personal approach, the IPF became our extended family.”

When he sustained a catastrophic injury playing rugby at 26, Jack Fishwick was working as a sports injury specialist. His working and rugby playing life was in Wimbledon when he was airlifted to an intensive care unit and trauma centre near Brighton and his family were called.

“Within 12 hours the IPF were at my bedside, giving emotional support to my family and girlfriend. In that situation everyone is in melt down and they were our go to people for everything we needed. The most important thing has been the personal approach, the IPF became our extended family,” says Jack who is currently living with his parents in Wiltshire while planning for the future, his flat in London being completely inaccessible.

Jack was hospitalised for eight months. “The IPF covered everything, from family travel to accommodation so that they could be near me to helping with my transfer to Stoke Mandeville and getting me in touch with the physios and occupational therapists there. Whether it’s sorting the correct chair or vehicle for me, equipment to get back to work, or extra rehabilitation to improve my mobility, the IPF is involved.

“Without them I would have an NHS budget allowing me an hour’s generic physio a week but thanks to extra rehab with IPF partners Hobbs I have been receiving nine hours weekly with two or three neuro specialists working with me at the same time. This is making a huge difference.

“I had no idea how much the charity did for someone seriously injured playing rugby and the help I have been given is substantial and far outweighs what I might have anticipated.

But it’s not just what that help is, it’s the way it has been given, they have become real family friends and remain the ones I can go to for help and advice on everything.”