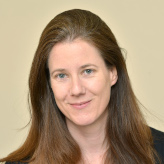 Head of the IPF

Head of the IPF

Karen has been at the Rugby Football Union for 10 years, and eight years ago was asked to help set up the IPF from the basis of an existing charity (SPIRE). Karen’s role now head's up the charity, working closely with the Trustees and charity staff to ensure that the IPF runs effectively and efficiently. Karen uses her position to foster strong working links between the charity and the sport’s national governing body. Karen also helps maintain links with similar charities around the world and those involved with other sports. She enjoys travelling, trekking, the arts and playing touch rugby. 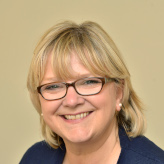 Caroline joined the IPF in 2013. She oversees all our client support programmes including the catastrophic injury, case management, welfare support, lifelong client support, grants, and external client support partnerships. Caroline is an occupational therapist, and has worked in local authorities and health related organisations previously. This has given her the ability to liaise with statutory providers to achieve the best and most sustainable outcomes for our clients. Caroline enjoys spending weekends by the beach with her husband, grown-up children and her dog. She enjoys gardening, anything creative, and she enjoys watching all sports especially rugby, eventing and Formula One. 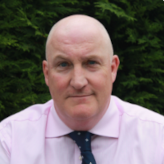 John manages the immediate and ongoing welfare support to injured players, both newly injured and long term existing, liaising with the injured player, their families, the RFU affiliated clubs and constituent bodies to facilitate the most positive outcomes for the player in their lives. His background is in education as well as pharmaceutical drug discovery research involving stem cells. John is an injured player himself having suffered a spinal cord injury in 2004 playing for Sunderland RFC and he has 3 grown up daughters, Isabelle, Vivienne and Lillian, so is well used to a challenge. 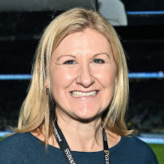 Karen joined the IPF at the beginning of 2022 as the new Client Services Officer. Karen assists with the client support programmes including catastrophic injury, case management, welfare support, lifelong client support and grant provision, enabling clients to achieve their best possible outcomes. Karen spent several years working for the military, supporting injured service personnel and their families in both UK and overseas hospitals. She subsequently worked for a military charity, working closely with Occupational Therapists, care and equipment providers, as well as statutory services to support clients with their care and mobility needs. Karen is a keen runner and cyclist, and enjoys all sports, including rugby. She also enjoys the outdoors, singing and musical theatre. 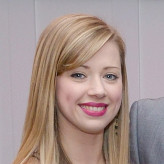 Rachel is the Administrator for the IPF and is first point of contact for all client queries including administering the grant application process. She is also the first point of contact for general enquiries, medical queries and sports injury related enquires. Having been involved with charity work since an early age with her family training puppies for Guide Dogs for the Blind Association, it has always been important to her to help and support those who need it. She has also worked at Twickenham Stadium on and off for the past 10 years so has gained a knowledge and love for the sport that the clients of the IPF also love. She enjoys dancing, going to the theatre and listening to live music.

Stephen joined the IPF Board in August 2013 and is RFU Council member for Oxford University and current chair of the RFU Player Safety and Welfare Board. He is also a member of London Scottish and an honorary fellow of Trinity College Oxford. Stephen is the Chief Investment Officer at Jupiter Asset management.

Judy joined the IPF Board in August 2013. Graduating from Cambridge University, Judy has been a full time and supply teacher and has worked in PR and Media and managed Corporate Events for Acorns Children's Hospice Trust.

Stephen joined the IPF Board in July 2015 and is an IPF client with extensive charity experience. This includes acting as a trustee for Inspire - supporting spinal cord injured people and being a friend of the Vocational Rehabilitation Association. Stephen is also Special Adviser to the Shaw Trust.

Evan Davies joined the IPF board in February 2017 and is a consultant spinal surgeon in Southampton. As a faculty member of AO Spine, an international community of spine care professionals, Evan uses his clinical and research expertise to improve patient care and outcomes through education and knowledge exchange. Rugby has been his passion since he starting playing at minis for a local side, and he currently is a member of the RFU's Medical and Sports Science technical advisory group.

Ewen joined the IPF Board in 2020. He is a serving Major General in the Royal Marines and has deployed (and played rugby) around the world. After 4 years as Chairman and Trustee of the Royal Navy Rugby Union he served for 2 years on the RFU Council before stepping down prior to deploying to Afghanistan for a third time. Throughout his military career he has had much to do with injured servicemen, working to develop rehabilitation and recovery pathways, including taking an active role during the initial Invictus Games. He passionately believes that rugby players, like servicemen, deserve the very best support available should they be injured in the ‘line of duty’.

Roger joined the IPF Board in January 2020. Alongside this he has been a volunteer liaison officer with the charity for many years. He is a solicitor in Crewe and has enjoyed junior club rugby, across several decades, in both Lancashire and Cheshire.

Norman joined the IPF Board in 2020. He has been a member of the RFU Council as Chairman of National Clubs Association for eleven years, and is now a distinguished member. He was a former Player and Chairman of Stourbridge Rugby club, and refereed for twenty years with North Midlands Referees Society. He is now a retired Chairman of Mechanical Engineering group of Companies.

Lee joined the IPF Board in March 2021. He sustained a spinal cord injury in 2016 whilst playing for Silhilians and has continued to be involved with this club including becoming Chairman. He has extensive knowledge of governance and has worked for years as a project manager in the building trade. Lee has obvious enthusiasm for supporting the IPF in its ambition to enable injured players to live independently and work towards the aim of the game of rugby being played without injuries occurring.

Aideen is a Clinical Specialist Neurological Physiotherapist, particularly experienced with young patients with acquired brain injury ABI. An active member of ACPIN (Special interest Group for physiotherapists in Neurology) she also has volunteer experience in medical training abroad and joined the IPF Board in August 2021.

Miriam was recruited to the Board in August 2021. A Chief Allied Health Professional (AHP) and Director of the National Rehabilitation Centre (NRC) Programme Miriam also has 3 years’ experience at Board level with the NRC.

Hannah is a Clinical Specialist Physiotherapist in Neurotraumatology and Therapy Lead of Major Trauma at the Queen Elizabeth Hospital in Birmingham and member of the National Working party for rehabilitation prescription. She also joined the IPF Board in August 2021.